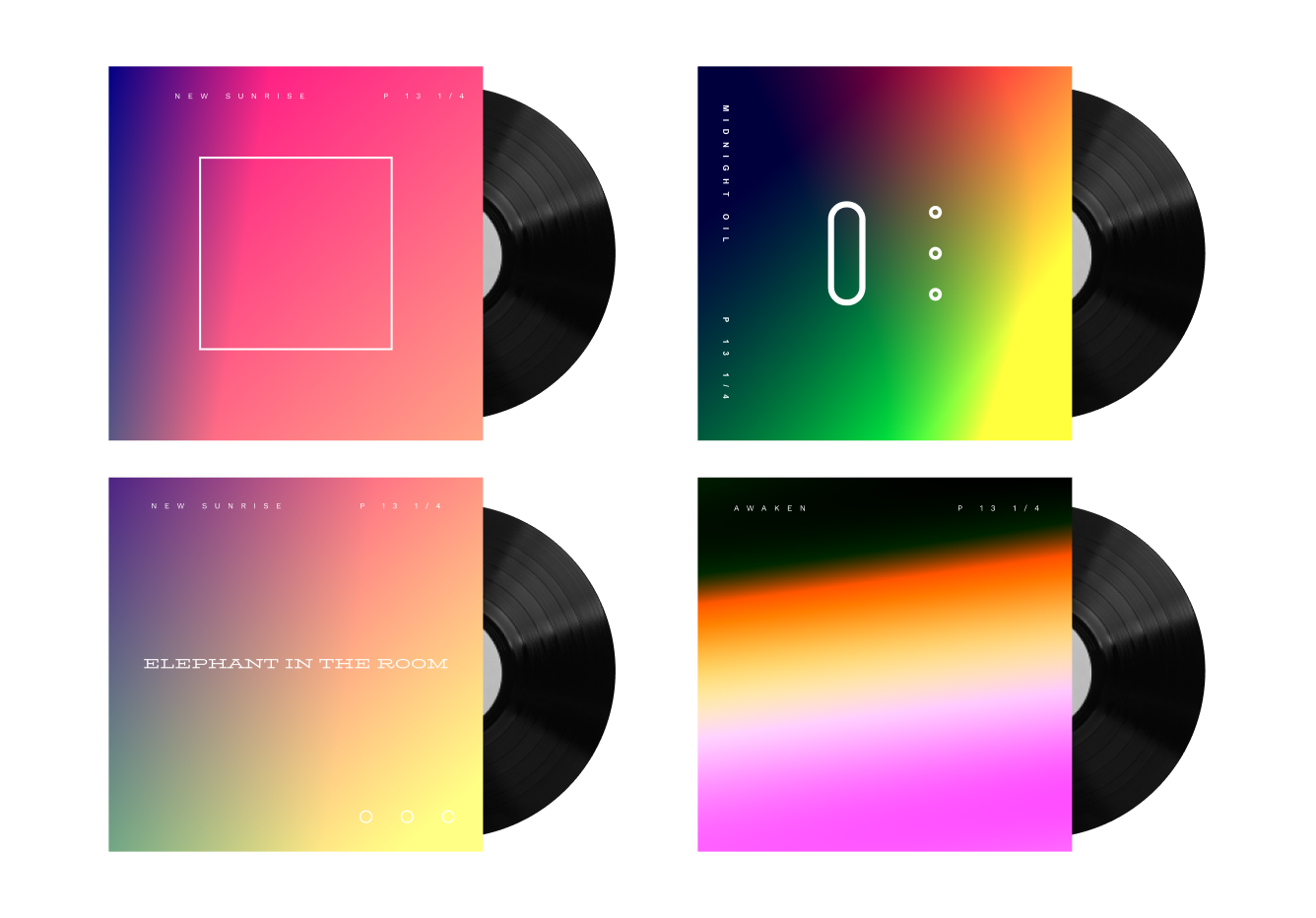 I wanted to go for a colorful gradient look. I looked at some album art online and created a moodboard. I kept a varaity of looks from grudge/noisy to plane gradients. 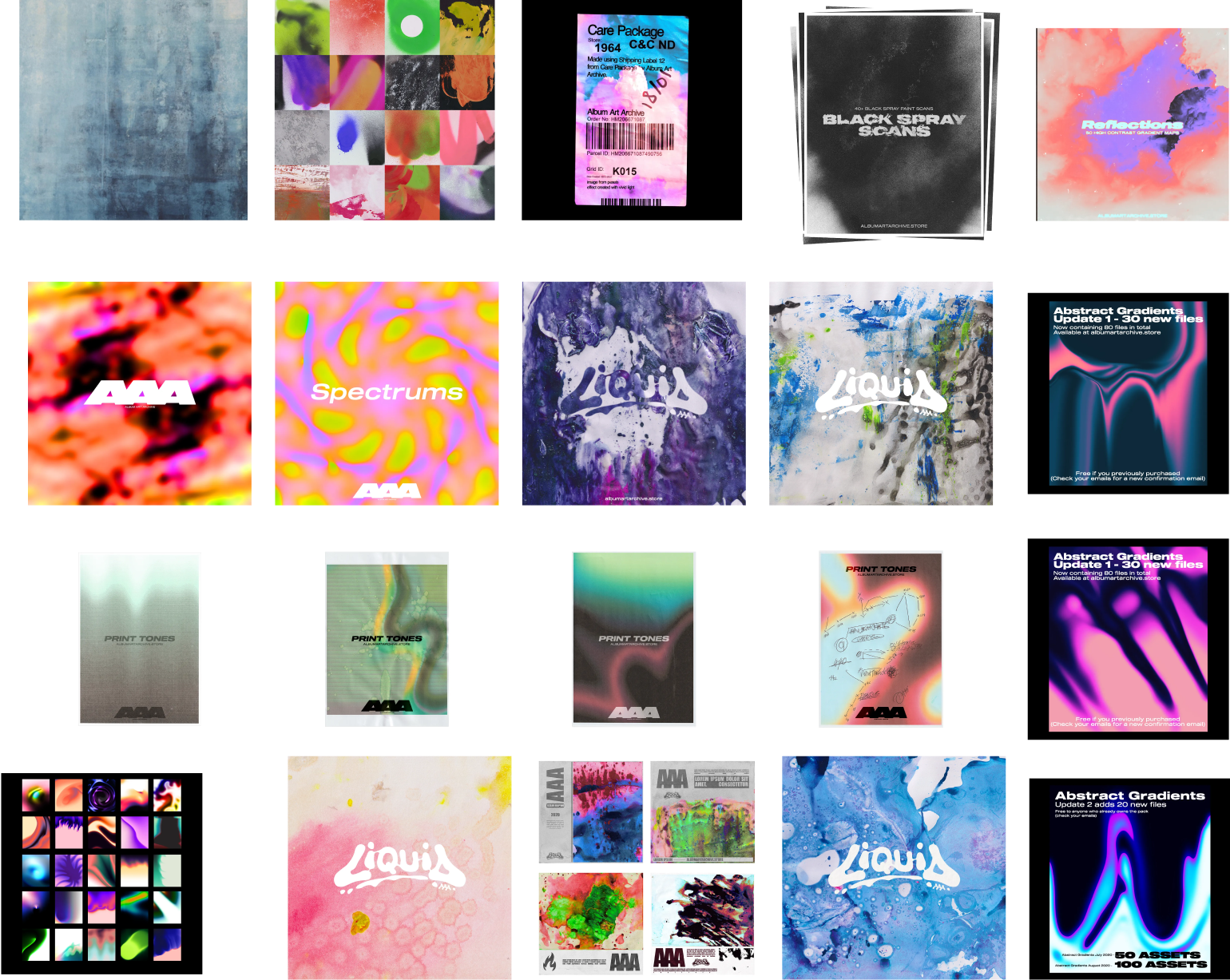 Also I don’t think I quiet stuck to these styles, these provided a good starting point for my creations.

I started with simple shaders that created some interesting gradients. It manipulated the color of each pixel based on its location.

I selected some random starting values for RGB, and then applied formulas to adapt these based on the (x,y) co-ordinates. 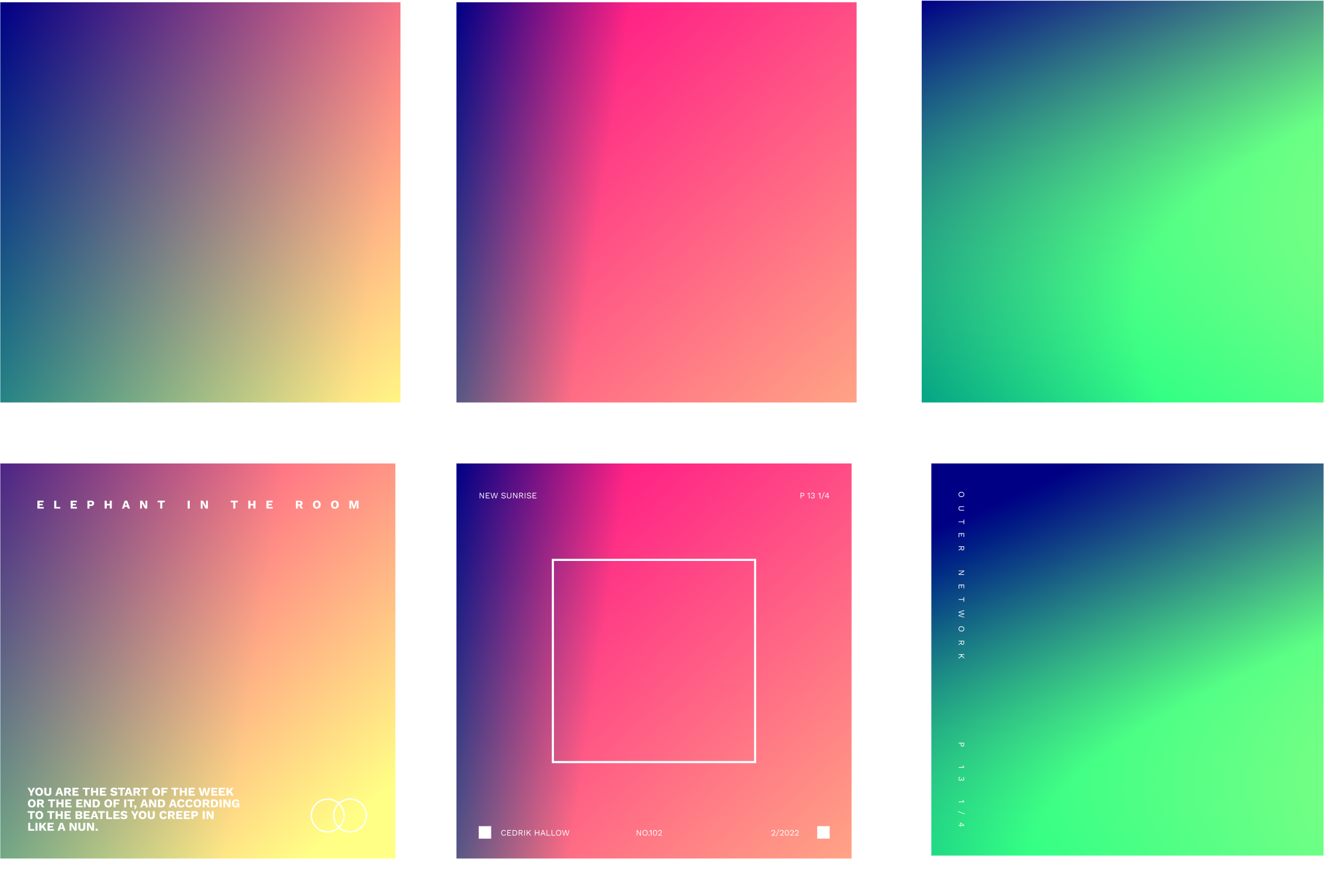 Next I introduced sine waves in the shader to create some lines and interest points.

By varying the amplitude and frequency of the wave I was able to create some interesting pieces. 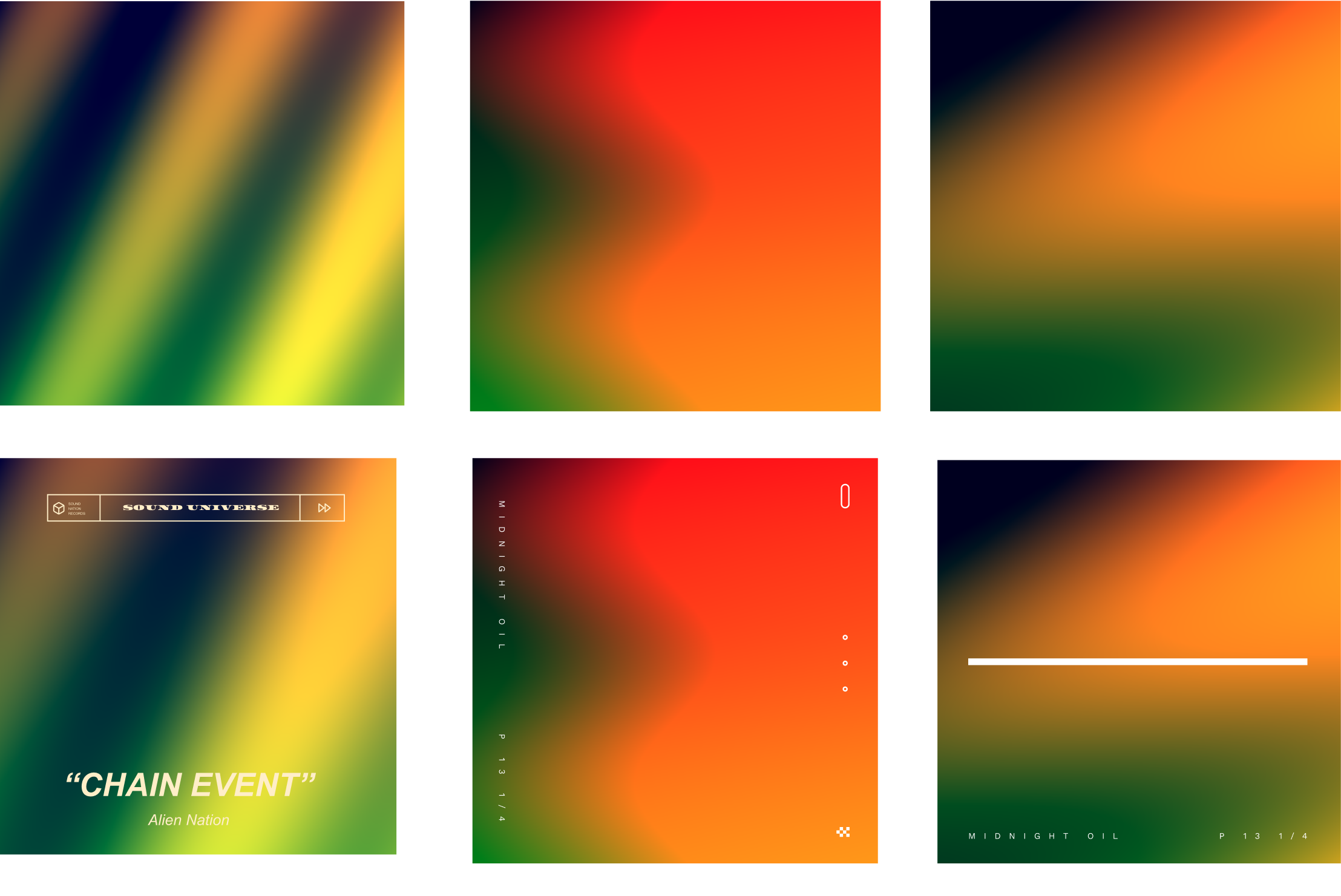 These turned out far more interesting than the simple gradients.

If one sine wave works so well, why not try multiple sine waves interacting in the plane.

The last two looked like sunrises on distinct planets. You can click on the sketches above to see them animating in and out. 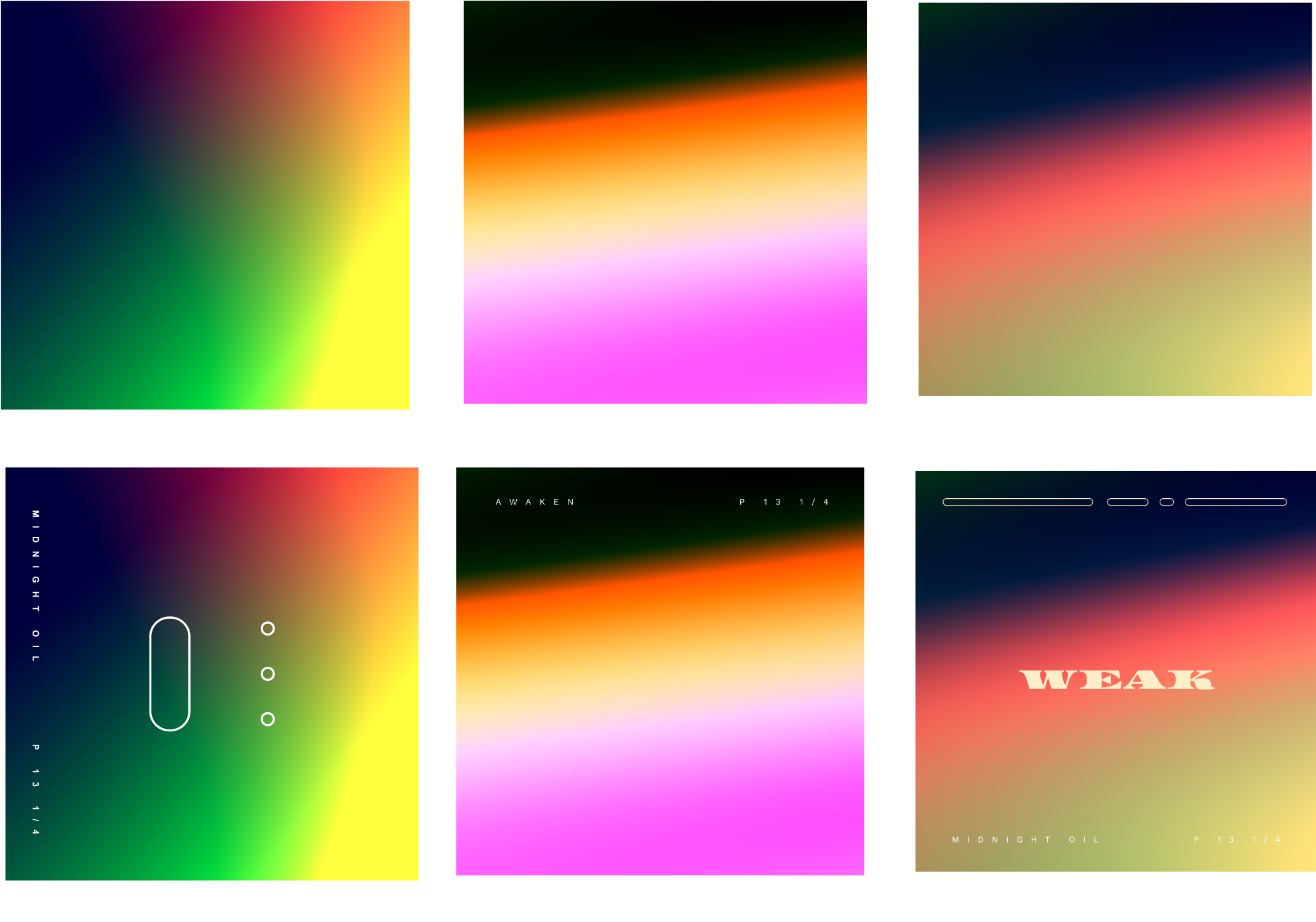 While sine waves produce interesting results, they are fairly linear and don’t have any unexpected variations. 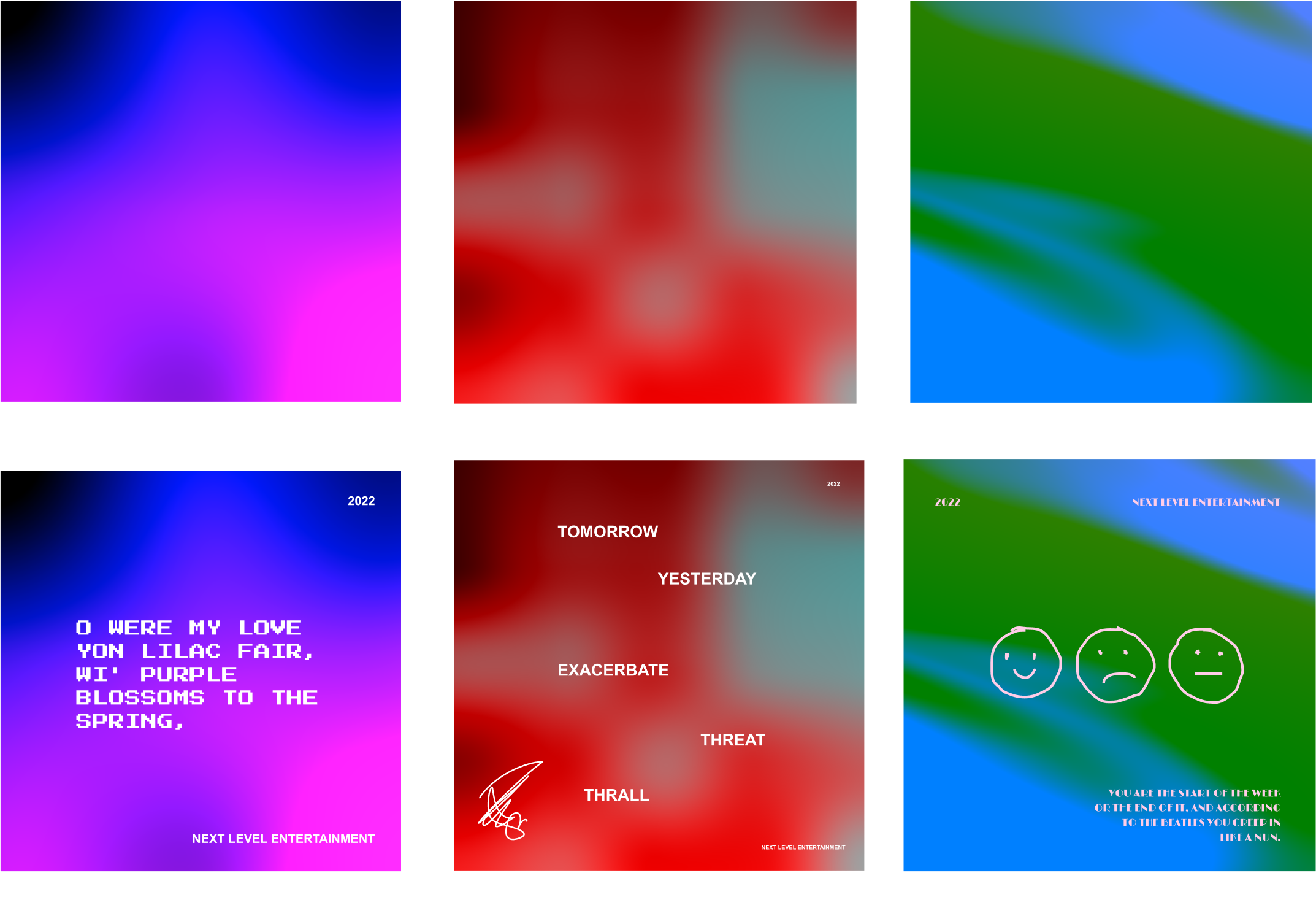 Below are all the ones that didn’t make the final list. They are experiments and trials that produced odd results that i didn’t quiet like asthetically. 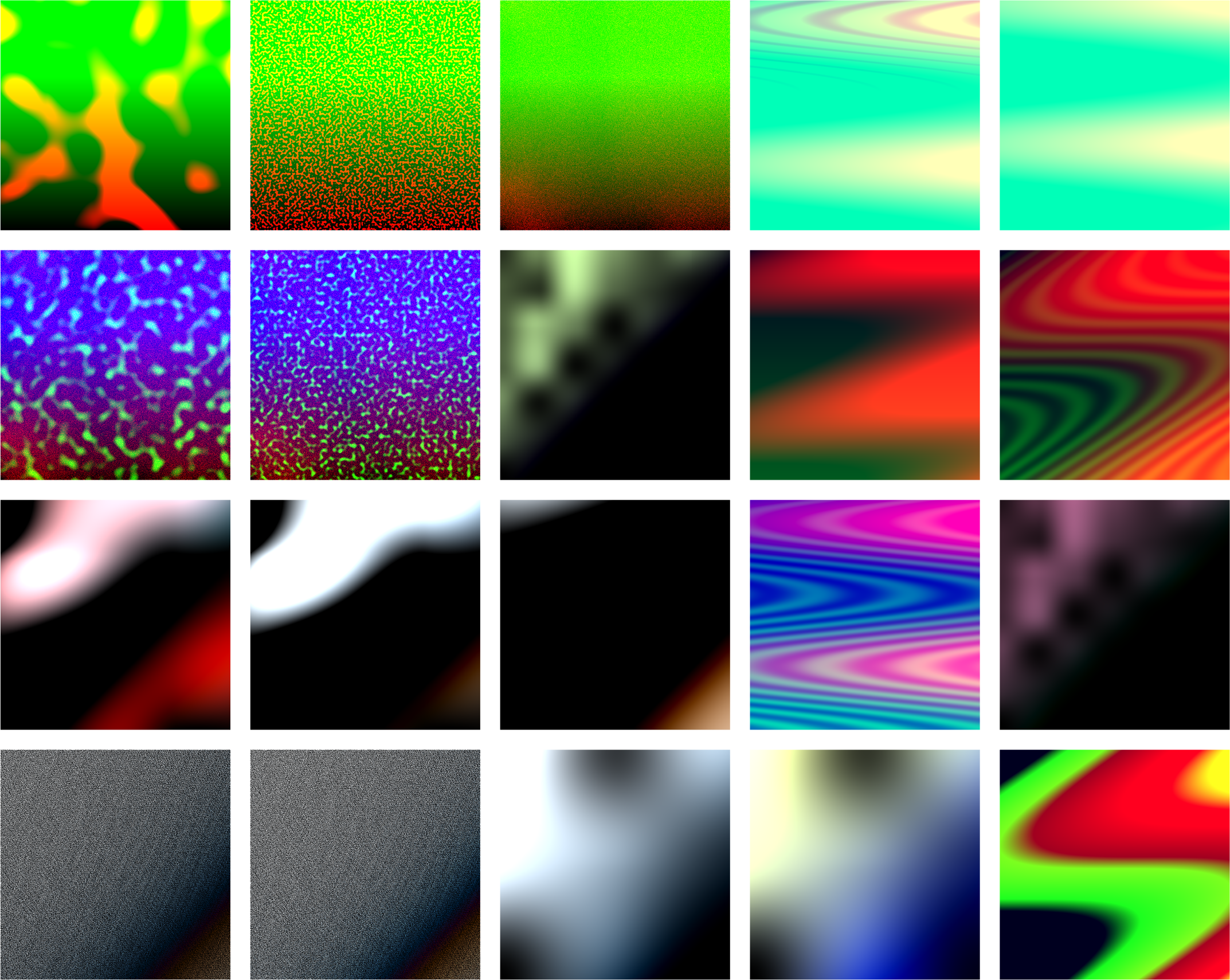 Working with shaders is a lot of trial and error. Despite knowing the theory the results are always quiet unpredictable.

I felt like a photographer waiting for the right time to capture the image while the shaders animated.